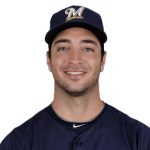 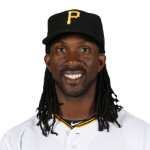 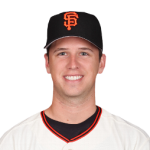 Ryan Braun should probably win the first of the MLB post season awards — he finished first with 41 homers, second with 112 RBIs and third in hitting at .319. But after what happened last year, angry writers will not vote him another MVP unless he hits .400 or has 74 home runs. Andrew McCutchen had this wrapped up until he and his Pirates slumped. He still finished second with a .327 average. It looks like Buster Posey will take it. He led the league in batting at .336 and had 24 homers and 103 RBIs. He also is a catcher and came back from that terrible injury he suffered last season to lead his team to a division title. 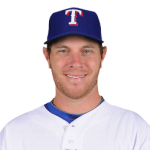 This shouldn’t even be an issue. Triple Crown winner Miguel Cabrera should win this unanimously. But the sabermetrics geeks have hijacked these awards and Mike Trout has a legitimate chance to steal this from Cabrera. Don’t get me wrong, Trout is incredible and had a great year — 30 homers, 83 RBIs (as a leadoff hitter), second with a .326 average, first with 49 stolen bases and 129 runs. I don’t care about his WAR  — Miguel Cabrera won the Triple Crown! End of story. Oh, and while Cabrera hit .333 with 11 homers and 30 RBIs in September and October while leading his team to the playoffs, Trout hit .289 with five homers and nine RBIs and his Angels missed the playoffs. Who’s more valuable now? Josh Hamilton is just an afterthought here.

R.A. Dickey led the league in strikeouts, innings pitched, complete games and shutouts. He finished second in wins and ERA. There is no way he should lose this. Gonzalez led with 21 wins, but he threw 34 fewer innings than Dickey. I refuse to put Clayton Kershaw’s picture up there. He led in ERA but his 14-9 record should disqualify him (I said the same thing about Felix Hernandez two years ago, but I don’t think I’ll be wrong this time). Craig Kimbrel is a serious threat to Dickey. He had an outstanding, dominant year, but I don’t think it will be enough to convince enough voters to give the award to a reliever. 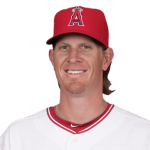 This should be David Price’s year. He tied Jered Weaver for the lead in wins and led in ERA. Weaver also had a fine year, finishing third in ERA. But there seems to be a sabermetrics groundswell of support for Justin Verlander. He led the league in strikeouts and was second in ERA. His 17-8 record falls short of the 20-5 record Price and Weaver had, but it’s still respectable. I would vote for Price but I think Verlander will win it.

NL Rookie of the Year 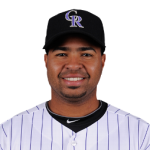 This is going to be a close one. Bryce Harper came in with all the hoopla and he delivered, batting .270 with 22 homers and 59 RBIs. However Wilin Rosario was better, batting the same .270 but hitting 28 home runs with 71 RBIs. Wade Miley had a fine rookie season, going 16-11 with a 3.33 ERA. He looked like a lock but he struggled over the last month while Harper exploded, and I think his late-season performance will win the award for Harper.

AL Rookie of the Year

No contest — Trout will be unanimous. Yoenis Cespedes had an excellent year with 23 homers, 82 RBIs and a .292 batting average. Yu Darvish was also good, going 16-9, but he really shouldn’t be considered a rookie. Trout has them easily beat for the last of the MLB post season awards.