By all indications it appears the Mets will do absolutely nothing at the trade deadline, proving once again that Sandy Alderson is just a liar. 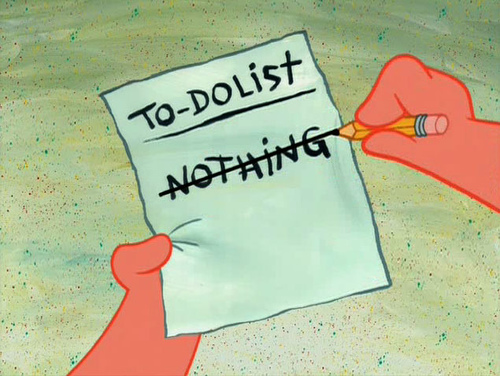 It was about a month ago that Alderson said the Mets could actually be buyers at the deadline, that acquiring a power hitting outfielder now would make his task of rebuilding the outfield in the off season that much easier. But not only will Alderson not get anyone, apparently he is not even trying. Here is what one Mets official told the New York Post 0n Thursday:

“It’s hard to go to people, they have to come to you. It’s better to be asked to the prom than have to ask somebody.”

That was part of a larger quote about trading the likes of Marlon Byrd that we will get to in a moment. But if this unnamed official is to believed, the Mets are not making any phone calls in an effort to acquire anyone, which makes Alderson’s boast that he would be aggressive in upgrading the team another one of his lies.

Maybe there is just no one available, but how would Alderson know that if he’s not asking?

As far as dealing any of their few trade chips, the official said, “We’re not motivated to move anybody… If something presented itself we would consider it. But we haven’t been presented with anything. We’re just sitting tight.”

Again, this is a very passive approach. Why not make a few calls and see who might be interested in your players rather than sit and wait?

The official is correct in saying that it doesn’t pay to make a deal just for the sake of making a deal.

“We’re in a really good spot. Unless you’re going to be knocked over, you don’t make a trade. You have A, B and C prospects. If you are going to get a C prospect for somebody what does it really do?”

However, the Mets should absolutely, positively trade Byrd. Apparently Alderson wants a Zack Wheeler-type prospect for him, but that will not happen because Marlon Byrd is not Carlos Beltran. If the Mets can get a B prospect for him they should do it. As well as he’s done this season, Byrd is 35 years old and is not part of the Mets future. The Mets made this same mistake with Scott Hairston at the trade deadline a year ago. Does Alderson actually learn from the past?

The Mets apparently must also be blown to deal Bobby Parnell. That makes sense because Parnell could be part of the Mets future. He has value to the team if they decide to keep him, but I would still trade him if it brings back an impact bat.

The end result is that the Mets team will be the same at 4:01 pm Eastern time Wednesday than it was at 3:59.

Should Mets Go for Ryan Braun?