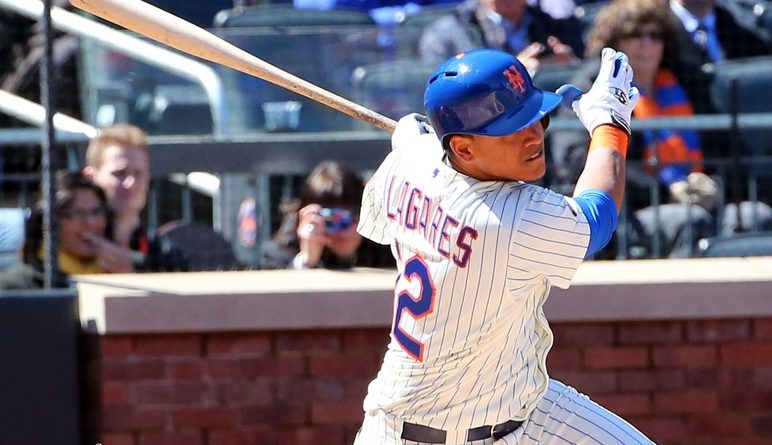 It is very difficult to take any positives away from the Mets season-opening series against the Nationals; after all, they lost all three games and looked horrible doing so. But let’s try — all this negativity will send us to early graves:

— The Mets scored in the first inning in each game. Getting an early lead is key to winning games (apparently not in this series, but whatever), and if the Mets can keep this up, they will win their share of ballgames.

— Juan Lagares is doing a good job dispelling the notion that he is all glove, no hit: he is hitting .455 (five-for-11) with two doubles, a triple and a home run.

— The starting pitching wasn’t awful. Dillon Gee, Bartolo Colon and Zack Wheeler all started well before tiring in their final innings. As they get into a rhythm and gain strength throughout the season, it is a sign that they should get even better.

— Along the same lines, it was good and a bit surprising to see Terry Collins allow his starters to actually pitch. They threw 100, 110 and 114 pitches, respectively, reasonably high totals for initial starts. This will be good training for the entire season, perhaps allowing Collins not to abuse (or even use!) his bullpen.

— Speaking of the bullpen, Jose Valverde was the lone bright spot, inheriting and getting out of a bases loaded jam while striking out three batters on Opening Day. He is now the closer, so hopefully he can keep this up.

And that’s about it. As bad as the series was, it is far too early to write the Mets off. Certainly that day will come, just not yet.