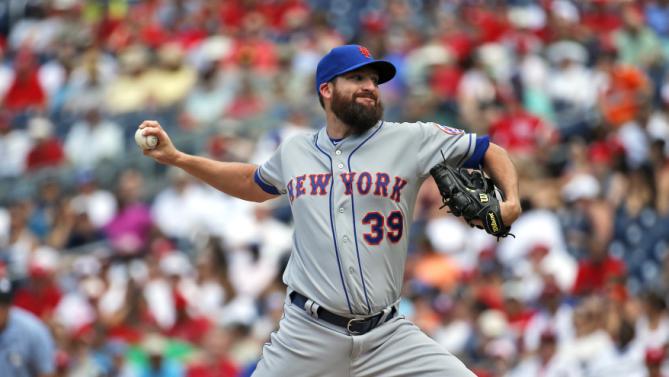 Did we just experience the worst Mets loss of the season? I vote yes; let’s just hope it is not the beginning of the end of the Mets playoff hopes.

To recap — the Mets were up 3-1 in the eighth inning against the Nationals Wednesday afternoon. We could smell a victory, which would put the Mets one game back of the Nats in the NL East. But with runners on  first and second and two outs, Bobby Parnell uncorked a wild pitch to put the tying runs on second and third. If any situation called for the closer, it was now. But Jeurys Familia was not ready. After the game, Terry Collins blamed himself for that.

“That’s on me,” he said. “I could’ve let Jeurys get looser. You can always send the catcher out and do some other things. (Bobby’s) just been pitching so good, I had all the confidence in the world he’d get out of it.”

But he didn’t. Michael Taylor singled to tie the game. He then stole second and when Danny Espinosa followed with a double, the lead and the game was lost (Drew Storen struck out the side in the ninth).

So instead of being as close to first place as they have been in a month, they are instead three games back.

This was a devastating loss, one of those punch-in-the-face loses that could linger. And that is not a good thing, considering the Mets face Clayton Kershaw and Zack Greinke in their next two games. Not a recipe for a sick team to get healthy.

But the Mets have shown some surprising resilience this season. They will need to show more of that now in order to save their season.