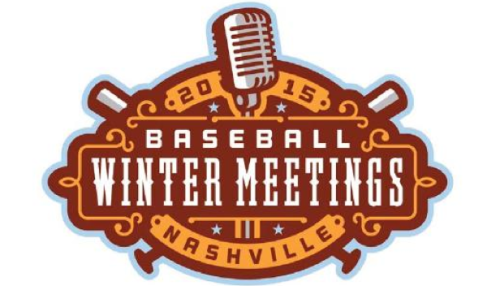 The Mets added veterans at second base and shortstop at the Winter Meetings in Nashville, but did they actually do well with their moves? I believe the answer is yes.

They also did well for what they failed to do, which was to sign Ben Zobrist. This would have been a disaster, a repeat of Michael Cuddyer. maybe not in the first two years, but definitely at the back-end of contract when Zobrist is in his late 30s.

Even short-term, what the Mets accomplished was better than if they signed Zobrist. Whom would you rather have — Zobrist at second, Ruben Tejada at shortstop (because make no mistake, the Mets were not going to pay Tejada upwards of $3 million to back up Wilmer Flores, whom the Mets do not seem to like) and Jonathon Niese as the fifth starter and moving to the bullpen when Zack Wheeler comes back? Or Neil Walker at second and Asdrubal Cabrera at short (with Tejada as an expensive backup for some reason)? The answer is obvious.

Walker is equal to if not better than Zobrist. And there is only a one-year commitment at far fewer dollars. He is also comparable to Daniel Murphy at the plate (maybe a slight step down in average but with more power) and better than him in the field.

Cabrera is reported to be only an adequate fielding shortstop, but probably better than Flores. Scouts say he won’t make any great plays, but he’ll get to the balls to which he is supposed to get. Tejada is probably the best fielder of the lot. But his bat is mediocre, while Cabrera can hit as well if not better than Flores. I was comfortable with Flores as the shortstop, but if the choice was between Cabrera and Tejada, it is no contest.

So the Mets appear to be a much stronger team than they were before the meetings started. But did they spend their available money wisely?

They could have just gone with Dilson Herrera at second and Flores at short for a little more than $1 million combined, and spent all of their available money on Yoenis Cespedes or another big bat. The Royals showed that a well-rounded team with good hitters at every position can win without a superstar bat. So maybe the Mets were following that example.

But if the 2015 showed us anything, it’s that the Mets cannot win without a superstar bat. Without Cespedes, the Mets are home in October and fans are not spending millions of dollars on t-shirts (shrewd of MLB to issue different shirts for each level of the playoffs).

This is not to say I am not happy with the Mets Winter Meetings moves. I am. It gives them a much better chance to repeat as champions in a weak NL East. Given their financial constraints and aversion to mega contracts, this was probably the best they could do. And it was not bad at all.

Wilmer Flores Gets the Call

One thought on “So Did Mets Do Well at Winter Meetings?”