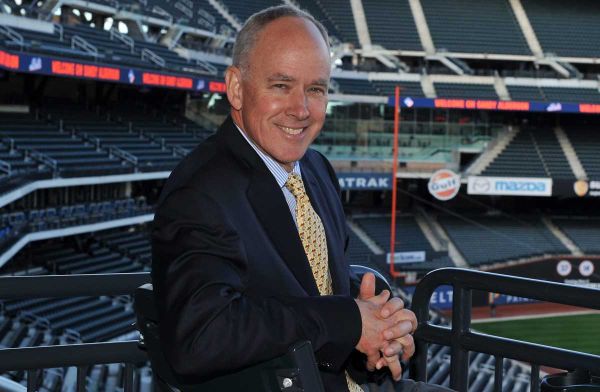 Sandy Alderson was the Executive of the Year in 2015, and you can just hand him the trophy already for this year. He played the signing of Yoenis Cespedes perfectly.

By all accounts, the Mets wanted to sign Cespedes for just one season. And that’s essentially what they did by giving him an opt-out clause after 2016. The only way Cespedes does not opt out would be if he flops this season, and that is unlikely to happen. Of course, Cespedes really does seem to love New York. So maybe he stays for the three years regardless. After all, $75 million is not chump change.

But if it is just for one season, the Mets have their man like they wanted, albeit at the lofty price of $27.5 million. Obviously the Mets sense that can take that final step and win it all in 2016, so they are going for it. Good for Alderson for continuing to be bold, and good for the Wilpons for writing the check.

Of course, it is likely even Sandy Alderson did not think this would happen. If he were confident of Cespedes’s return, he probably would not have spent more than $5 million for Alejandro De Aza, unless he knows he can trade Juan Lagares and clear some salary from the books. However, De Aza is not nearly the defense player that Lagares is, and they might need that late in games. Plus, if Cespedes does opt out, they will need Lagares in 2017.

But it is too soon to think about all of that. The Mets now have a formidable lineup to go with their stellar starting pitching. There is no reason to think they will not repeat as champions of the National League. And as we saw last season, once the playoffs start, anything can happen.