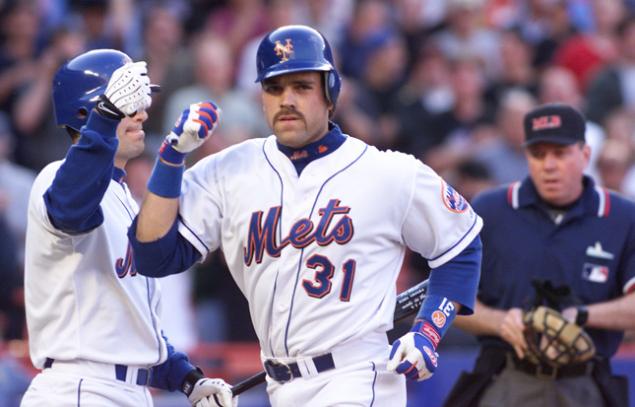 Nearly a decade after it should have happened, the Mets are finally going to retire Mike Piazza’s 31 this summer.

“It is such a tremendous honor to have my number retired alongside the great Tom Seaver. My time as a Met was truly special and I want to thank Fred (Wilpon), Saul (Katz), Jeff (Wilpon again) and the entire organization for this incredible gesture,” Piazza said Monday in a statement released by the team.

Elaborating further to the New York Post, Piazza credited the fans for pushing the team to make the move.

“I took some time off when I retired and I just needed to turn the page in life and worry about my family,” Piazza said. “But when we reconnected, [the number retirement] was generally assumed. There was no plan or anything, but without a doubt the pressure from the fans was huge.”

The Mets are dedicating an entire weekend to Piazza. On Friday, July 29 (a week after he is inducted into the Hall of Fame), all fans will get a replica Mike Piazza jersey. The next day, the number will be retired. Then on Sunday, the first 15,000 fans will get a Piazza bobblehead.

“We are truly thrilled to honor Mike by retiring his number during a weekend-long celebration recognizing his incredible career (but not thrilled enough to give everyone a bobblehead, apparently. I guess we know where Yoenis Cespedes’s $27.5 million is coming from).” Jeff Wilpon said in the statement. “His offensive prowess, ability to deliver in the clutch, and tireless work ethic helped him become one of the great catchers of all-time.”

Piazza now joins Seaver as the only Mets players to have their numbers retired. The number of managers Casey Stengel and Gil Hodges also hang in left field.