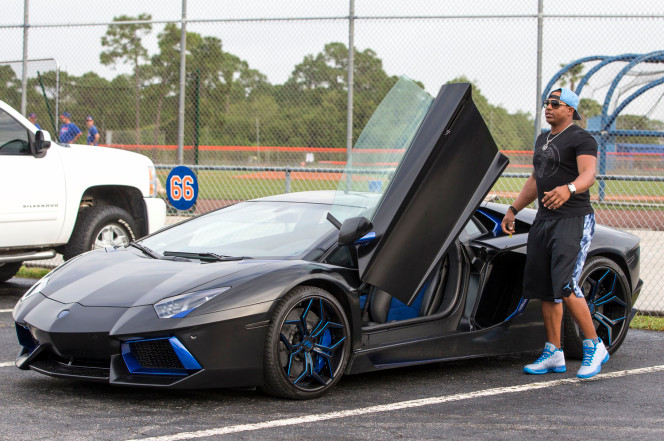 When the biggest news is what car your center fielder drives to the field, you know you are in the midst of a drama-free Mets Spring Training. I guess that’s what happens when you are the defending National League champions.

It’s also what happens when your team is set. There is no competition for starting jobs, either in the lineup or the rotation, or on the bench, for that matter. There are a couple of spots up for grabs in the bullpen, but really, who cares which middle relievers make the team?

Sure, there could be some noise. Wilmer Flores or Ruben Tejada may grouse about who is getting more playing time. And Alejandro De Aza might start complaining that this is not what he signed up for. Oh, and maybe someone might mention that there is no backup first baseman on the squad (which could actually become a big issue).

But these are minor inconveniences, as opposed to Spring Trainings past, when there were question marks all over the roster. So get ready for a boring March. If this is the price we have to pay for a winning team, so be it.

Not a Fan of Mr. Met Spring Training Hat

So, Who Closes for the Mets?