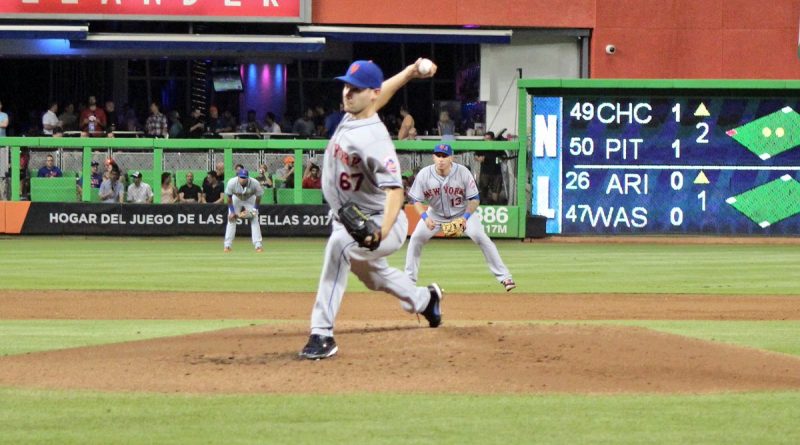 The Mets magic number to clinch a Wild Card spot is down to three after taking the rubber game in Miami Wednesday night.

Martin Prado connected with a two-run homer off of Seth Lugo in the first inning as the Marlins jumped out to an early lead.

James Loney answered back with a two-run job  of his own in the second to tie the game.

Lugo helped himself with a two-out double in the fourth inning. He came home when Jose Reyes doubled to give the Mets a 3-2 lead.

And then it was Jay Bruce in the fifth with a two-run shot to make it a 5-2 game. It was Bruce’s third home run in the past five games. He is starting to come around. About time.

Meantime Lugo settled down and was pitching well until he walked a batter with one out in the sixth and Terry Collins came out with the quick hook. He threw just 82 pitches over 5.1 innings, allowing two runs on five hits. He struck out two and walked three.

The Mets bullpen was excellent the rest of the way, keeping the Marlins off the board. And Jeurys Familia picked up his 50th save of the season. It is just the 16th time a reliever has reached that plateau.

Mets win 5-2. They are off Thursday, then finish the regular season with three in Philadelphia. And then, the playoffs, hopefully…

The Cardinals lost, so the magic number is down to two!