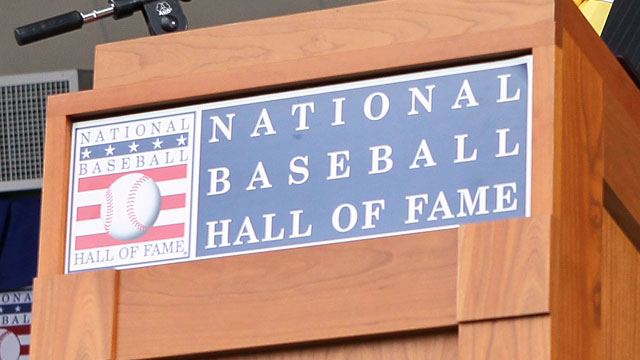 Seven years ago, I wrote a post about which then-current players were Cooperstown bound. Looking back at what I can now admit was an extremely flawed analysis, I realize I was being far too generous. I mean, I had Omar Vizquel as a no-doubt-about it Hall of Famer! I had Johan Santana in the same category. In my defense, it was early in my blogging days; I was bright eyed and eager, not hardened and cynical like I am now.

So I am taking another crack at it, being far more critical than I was back then. So here we go (all names are alphabetical):

No Doubt: already played 10 years (minimum for enshrinement) and would get in if they retired tomorrow

A lot of people think some of these players are already shoo-ins — Beltran and Votto in particular. I am not sold yet (especially on Molina). I think all of these players could eventually get in, but I think they need a few more big seasons and may not be first-ballot guys.

I wrote this before Beltran announced his retirement today; obviously, he cannot do more work, but I decided to leave him here. In the end, he will likely get in, but he will not be a first-ballot HOFer. If Vladimir Guerrero couldn’t get in his first try for some insane reason, then Beltran, an inferior player, will not.

On Hall of Fame Trajectory: Fewer than 10 years played (I only considered men who have played a minimum of five seasons)

It is more than likely that most of these guys will not make the Hall of Fame. It is just too early to tell (especially for a guy like Kluber, who is about to win his second Cy Young award). Right now, though, they appear to be on possible Cooperstown trajectories. Of course, things could change drastically over the next decade as they fill out the rest of their careers.