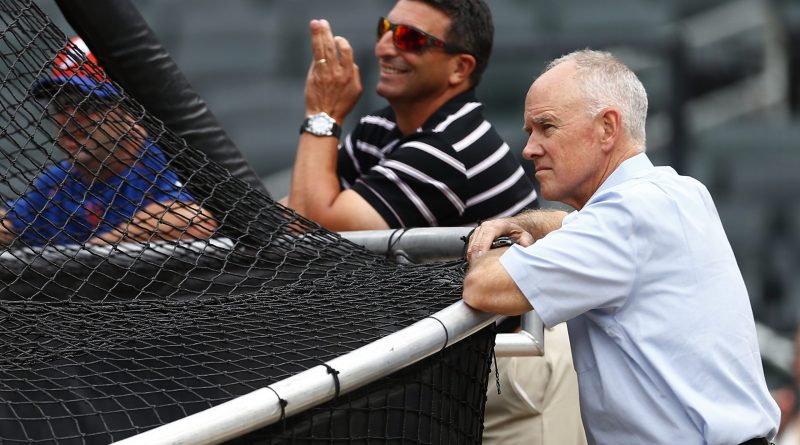 With the GM meetings set to start next week, the Mets off-season could start taking shape. We could get an idea what Sandy Alderson will do. Or knowing him, we won’t.

In any case, the Mets have many needs. Let’s take a look at them:

The Mets probably need at least two more infielders, maybe three, but expect them to get just one. Amed Rosario is likely a lock to start at short. With David Wright a huge question mark, a new third baseman is needed. They could also use a new second baseman. And recent reports say the Mets seem to have soured on Dominic Smith. My guess is that they roll the dice with Smith at first. Asdrubal Cabrera will make $8.5 million in 2018, so expect him to be a starter, either at second or third, depending on whom Alderson acquires. Todd Frazier could be that man. He is from New Jersey and is said to be a good clubhouse presence. He also has power (29, 35, 40, 27 homers in each of the past four seasons), but his batting average is on the downswing, dropping to .213 last season. He is projected to sign a contract of about $10 million per year, which is certainly reasonable.

The Mets need a new catcher, but Alderson has signaled he is happy with Travis d’Arnaud/Kevin Plawecki. He might be the only one.

In the outfield, could a Jay Bruce reunion be in the offing? It is certainly possible, but probably not if the Mets sign Frazier. Bruce will likely command a few million per year more than his former teammate in Cincinnati. I doubt the Mets will go eight figures with more than one player. Instead, I expect another Chris Young-John Mayberry-Alejandro De Aza-type signing, with similar results. In the end, it will likely be an outfield of Cespedes-Lagares-Conforto (when the latter returns from injury).

The Mets season will once again hang on their starting pitching. I predict a veteran signing who can pitch out of the bullpen if somehow all of the starters remain healthy.

Now to the bullpen, where I think much of Alderson’s budget will go. If the story is true that most of the starters will be limited to two trip through the lineup, Alderson will have to assemble a top-notch bullpen. Can he do it? Well, his previous bullpen rebuilds have been disasters (D.J. Carrasco, Frank Francisco, Blaine Boyer — need I go on?). And will he actually have the money to do actually sign quality arms? That is always the big question with the Mets.

The bottom line is do not expect any earth-shattering moves from the Mets this week or throughout the winter. The 2018 Mets will likely look a lot like the 2017 team.