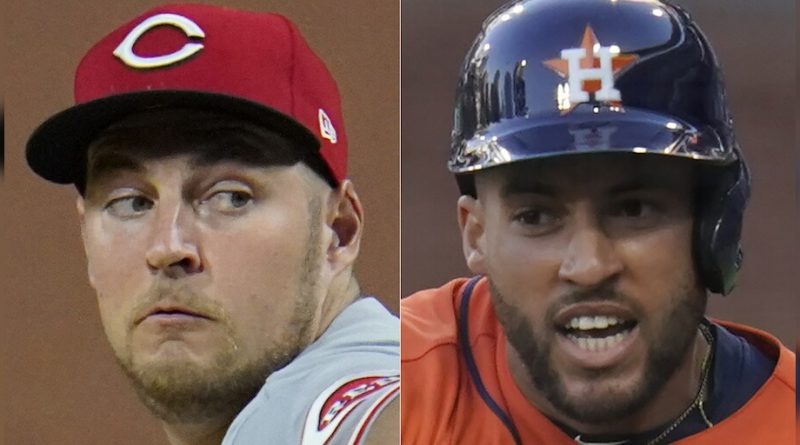 We are in the dawn of a new era as Mets fans. Every offseason we have wish lists for players we hope the team will bring to Flushing and virtually every offseason we are left disappointed. Well, there is a real billionaire in town now who can actually make some or all of our wishes come true. So here’s my list.

It begins with George Springer. The Mets have desperately needed a true centerfielder for far too long now, and Springer fills the bill. In addition to being a good fielder, he is also an above-average hitter who will add some punch to the lineup. He just turned 31 in September, so would five years, $110 million get it done?

Next I would go for Trevor Bauer. Not only is he the best starter available, he is also one of the best starters in baseball, coming off a Cy Young season. Bauer has been on record as saying he wants to sign a series of one-year deals instead of a long-term contract (although he recently backtracked on that). That would be fine with me. Bauer is a bit of a wild card (to put it diplomatically), as some of his angry, misguided Twitter interactions with fans can attest. So not committing to him for half a decade might be a good idea. One year, $30 million? Of if he wants a little more security, three years, $100 million?

I am going the trade route for my next target. Nolan Arenado is one of the best players in baseball and apparently wants out of Colorado. He is two years into an eight-year, $260 million contract and can opt out after next season (of course, the Mets would have to demand he waive the opt out as part of any deal). In addition to an elite bat, he also might be the best defensive third baseman ever, and we all know the Mets defense has been lacking. Arendo turns 30 in mid-April, so he is still relatively young. The rap against him is that he is a creation of Coors Field, pointing to less-than spectacular numbers on the road. But don’t be fooled — Arendo is superb. Do the Mets have what it takes to deal for Arenado? I have no idea. I am not an expert on the Colorado Rockies, but let’s say they would need a replacement for him at third. So let’s start the deal with J.D. Davis. The Mets have depth to trade at shortstop, but the Rockies have Trevor Story, so there is no need there. Depending on whether the Rockies want prospects or established players, the Mets might have to include Dom Smith and a couple of their top picks from the past two drafts. Whatever it takes, get him; players like Nolan Arenado do not come along often.

Noticeably absent from my list is J.T. Realmuto (although not absent from my headline!). He suffered a hip injury last season, and many are questioning how long he will be able to catch. Is he worth $25 million if he can’t crouch behind the plate? I don’t think so. I guess I wouldn’t be upset if the Mets signed him if they also get a few other players, but I wouldn’t make him a priority. James McCann is a good option.

Also not on my list are D.J. LeMahieu (what’s with all these players with initials?!) and Francisco Lindor. LeMahieu had two great seasons with the Yankees and won a batting title in Colorado in 2016, so obviously the guy can hit. But he also turns 33 in July. How many good seasons does he have left? I really don’t see him as a difference-maker like the players on my list. As far as Lindor, he can be a free agent after next season at age 28. Just wait to sign him. And besides, as I mentioned, shortstop is really not a need for the Mets. They have two ready to go and another on the way.

So there you have it. I think the Mets will end up getting three big names and then a bunch of quality arms for the bullpen. It should make the Mets instant contenders. This hasn’t been said in quite some time, but this is a great time to be a Mets fan.

How Mets Can Have it All

Mets at All Star Break

One thought on “My Mets Wish List Does Not Include J.T. Realmuto”