It is entirely too soon to think about such things, but let’s do it anyway — is Mike Pelfrey a non-tender candidate following the season?

I have written before that the Mets should trade Pelfrey. He is too inconsistent and lacks the mental toughness necessary to succeed in New York. He is pretty much the number five pitcher in the rotation at this point, far below expectations; the Mets were hoping he would emerge as the ace until Johan Santana gets back.

Moving forward, the 2012 rotation looks like it will be Santana, Jonathon Niese, Dillon Gee, R.A. Dickey and hopefully Matt Harvey. If Harvey is not ready (and he’s not faring particularly well in Double-A),  the Mets can probably pick up a serviceable fifth starter on the cheap. 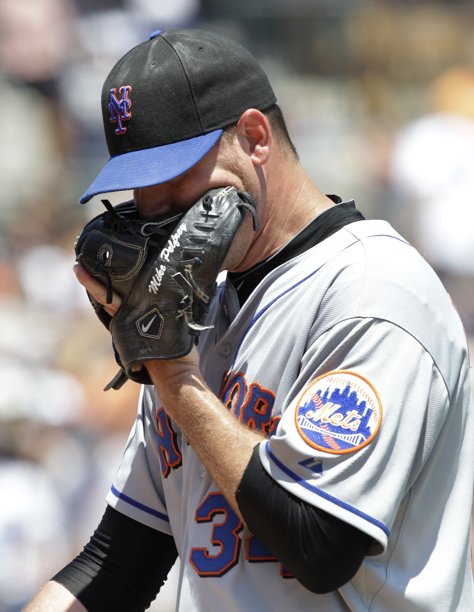 Pelfrey is making nearly $4 million this season. He will likely earn around $6 million in his final year of arbitration. That is entirely too much to pay for a fifth starter.

Now let’s say for the sake of argument that Sandy Alderson feels the same way, and efforts to trade him fail. It is conceivable that he can just decide to cut Pelfrey loose and not offer him a contract in the off-season, making him a free agent. It would be similar to what the Dodgers did with Russell Martin last year.

Martin was a player with some value (just like Pelfrey), but wasn’t worth as much as what the Dodgers figured he would get in arbitration, so they let him go. I can see the Mets doing the same thing with Pelfrey, and I can see him thriving in a smaller market. He definitely has some talent, but he just doesn’t have what it takes to make it here.

As I said, it is too early to think about this. But if it does happen, remember where you read it first.

3 thoughts on “Is Mike Pelfrey a Non-Tender Candidate?”