Dillon Gee pitched into the seventh inning and David Wright slammed a three-run home run as the Mets beat the Padres 7-3 to win their first series of the month.

David Wright got the scoring going in the third with his tenth home run of the season (below). Angel Pagan also had three RBIs. Gee did the rest, allowing just one run in his 6.2 innings. He is now 11-4 in his rookie season. 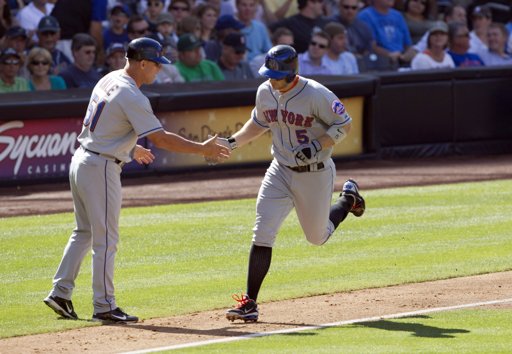 On the other side of the coin, Jason Bay’s slide continues — he is 0-4 in his last five games (that’s 0-20 for you non-math majors). Just when it looked like he was starting to turn things around…

In any case, the Mets are off on Thursday and host the Brewers over the weekend. Milwaukee is one of the hottest teams in baseball as they have built a 6.5 game lead in the NL Central. The only saving grace for the Mets is that while the Brewers are virtually unbeatable at home (46-15), they are just 26-36 on the road. So maybe the Mets can take this series, too.