If you’re going to make us wait through a nearly three-hour rain delay, you’d better put in a good effort. The Mets did not on Friday night, dropping  a putrid game to the Brewers 6-1.

Things got off to a bad start when David Wright’s error on a routine ground ball led to an unearned run off Mike Pelfrey in the first. Pelfrey managed to pitch reasonably adequately after that until the fifth, but he let up three runs in that frame (below) and was done for the night. By the way, Pelfrey’s 4.61 ERA is tied for ninth worst among qualifying starters in the National League. 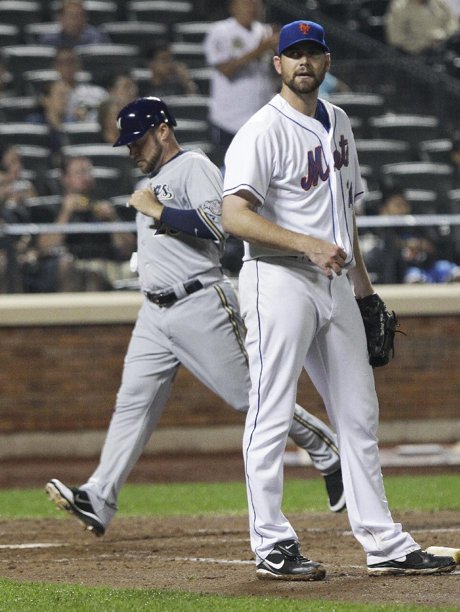 The useless D.J. Carrasco followed him in the sixth and allowed two runs. To be fair, the last one was on a wild pitch that Josh Thole should have blocked; instead, he once again tried to backhand the ball. Is there anyone on the coaching staff teaching Thole the right way to catch? I imagine there is, but he is clearly not carrying the lessons into games.

The offense was virtually non-existence. Angel Pagan and Ruben Tejada were the lone bright spots, with three and two hits respectively.

The Mets lose yet another forgettable game. Good night.

Mets Winning Streak Up to 5