So did Ryan Braun beat the system or did the system work? Mets players are split. 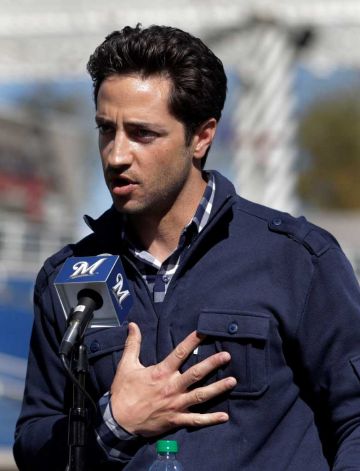 “Ryan Braun is out there saying this shows he is innocent. Does that mean O.J. Simpson is innocent, too?” one Met, conveniently hiding behind a cloak of anonymity, told the Daily News.

David Wright, though, had no problem speaking on the record when he said, “You’re glad that the process worked. That’s why we have that process in place.”

In this case, I think Braun should be believed. To me the smoking gun is the test result itself. It reportedly showed a testosterone level of 20-1.  A 4-1 result triggers a positive test, and Braun said his result was three times the highest level ever previously recorded. That alone should tell you something went wrong somewhere.

One source familiar with the case said it best when he told the News, “It was more than just (the urine collector) not giving it to FedEx promptly. Isn’t it odd that of 40,000 tests, the one that goes missing for two days has a higher ratio than any test ever?”

The one thing I didn’t think was appropriate was Braun suggesting that the collector, identified by The Associated Press as Dino Laurenzi, Jr., intentionally did something to the sample.

“There were a lot of things that we learned about the collector, about the collection process, about the way that the entire thing worked that made us very concerned and very suspicious about what could have actually happened,” Braun said at his news conference.

Braun should have revealed what “we learned” rather than just making veiled comments when this guy’s only “crime” might have been the honest mishandling of a urine sample.

Perhaps that knowledge could have answered the one question that remains a mystery — how did the synthetic testosterone get into his sample? Because make no mistake, it was in there. There was absolutely no evidence of tampering (the sample was triple-sealed), and Braun never claimed tampering, anyway. He never said there was some kind of error at the lab. He only challenged the 44-hour delay in getting the sample to FedEx.

So is Braun as guilty as O.J. or is he the victim of a system that in his words is “fatally flawed?’ We’ll probably never know.

Retired Uniform Numbers — Which Team Does it Right?

Missing the Point on Melky Cabrera