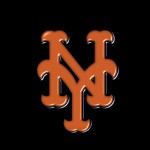 It was all set up for the fast start the Mets desperately needed. They were opening their season with a six-game homestand against two lousy teams (I don’t care what anybody says, the Marlins are not good). Ace Johan Santana would pitch two of those games. Jose Reyes would be back for the last two against the Nationals. A 4-2 record, at least, was virtually guaranteed. The bad feelings from last season would begin to melt away. Instead, they are 2-4, and those feelings are starting to harden.

Now the Mets head out for a six-game road trip against two very good teams — the Rockies are loaded with young talent, and the Cardinals are the second best team in the league behind the Phillies. When it’s all over, a 4-8 record is a very real possibility. That fast start? — wait until next year.

You could make the argument the Mets were inches away from a 4-2 record, but that is just grasping at straws. They did lose one game to the Marlins in extra innings, but their bullpen virtually gave the game to the Mets. The comeback from a 6-1 deficit, while exciting, was not a test of the Mets strength. And they lost one game to the Nationals because of that great catch by stupid Willie Harris.

The starting pitching performed pretty much as expected. John Maine and Oliver Perez were disappointing,  Jon Niese and Mike Pelfrey showed some promise, and Johan Santana had one good start (and one bad one, but we’ll forget about that).

The offense struggled. Jeff Francoeur and Rod Barajas are hitting well, and David Wright and Jason Bay are doing okay. Mike Jacobs and Gary Matthews, Jr. pretty much stink. Speaking of Matthews, it’s kind of surprising how much playing time he is getting. Angel Pagan should be in the lineup more.

The bullpen has been a bright spot. Everyone is doing well, and Sean Green is on the disabled list.

Now that ownership has corrected the off-the-field mistakes at Citi Field, it’s time to make changes on the field. I can’t imagine how frustrating it must be for players to absolutely crush a ball (Wright’s shot off of that asinine high wall in left, Francoeur hitting the wall in deep right on the fly) and not get a homer. But we can all say how frustrating it is for us fans. It’s disheartening to watch the Mets offense sputter when we all know a reasonably designed park would result in more runs. I’m not saying Citi Field should be a bandbox where a pop fly turns into a homer, like Citizens Bank Park and the new Yankee Stadium (although the tenants of those parks were both in the World Series last year. Just sayin’.). But it needs at least be fair, like Shea was. This is one problem we will have to live with all season.

The season is only six games old, so there’s no need to worry just yet. But if this first week turns into a microcosm of the entire season, it will be a long one indeed.

One Month in, So Far So Good

Who is 2014 Mets MVP? Not Easy Question to Answer