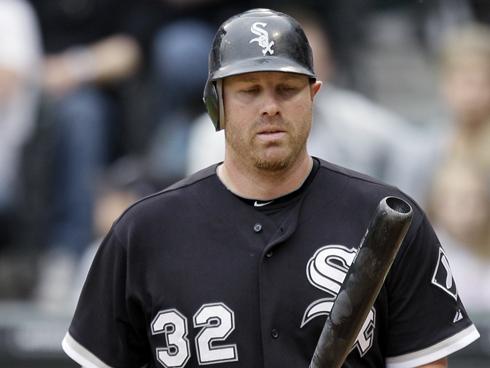 In 2009 when the Mets desperately needed a power hitting left fielder, I was hoping they would sign free agent Adam Dunn. Five years later, they are still desperate for power, so could he finally be a fit with the Mets now?

Dunn was in his prime back then and coming off four straight seasons in which he hit exactly 40 home runs. The Mets were opening a new stadium and were flush with cash. However, the Bernie Madoff thing broke in December 2008, and even if the Mets were considering Dunn, the Wilpons were not about to sign off on another big contract, knowing full well what was about to happen. Dunn ended up signing with the Nationals for a reasonable two-year contract worth $10 million per season.

Fast forward five years and Dunn is clearly not the player he once was. In his three years with the White Sox he has averaged 28 home runs per season. Although it should be noted that after hitting just 11 home runs in his first year, he rebounded to hit 41 and 34, respectively, over the past two seasons. His overall batting average in Chicago is a paltry .197, but his on base percentage is .317, which is down from his career mark of .366.

With the Sox signing Jose Abreu to the largest contract the team as ever given out ($68 million), there is no doubt that he will be the starting first baseman in 2014. Paul Konerko has yet to announce if he is retiring, but the team has gone on record that if Konerko wants to come back, he will be welcomed, which means he would likely DH and spell Abreu at first. This leaves no room for Adam Dunn.

For any trade to work, the Sox would have to eat a large portion of the $15 million Dunn is owed on the final year of his contract, and he would have to be dealt for a non-prospect or a similarly bad contract. Where is Jason Bay when you need him?

Even though Dunn is in decline and turns 34 in a couple of weeks, you can still probably pencil him in for at least 25 home runs in 2014 while playing first base (his days in the outfield are long over). Can you say the same for the first base trio of Ike Davis, Lucas Duda and Josh Satin? You can make an argument that Davis or Duda could come close to Dunn’s numbers. You can also make an argument that even at their best, Davis and Duda are not the power threat that Adam Dunn still is. Dunn still draws his fair share of walks, but of course, he also strikes out an awful lot.

Obviously, this is not a move for the future. It might make the Mets a little better next season, or Adam Dunn could be Adam Done and there might be a black hole at first base yet again. If anything, Dunn would be exciting in that Dave Kingman sort of way — he is either going to hit a ball farther than you’ve ever seen or he will strike out spectacularly. The dull Mets could use some of that perking up. Either way, it would help the Mets move on from Davis and Duda, which is an absolute necessity.