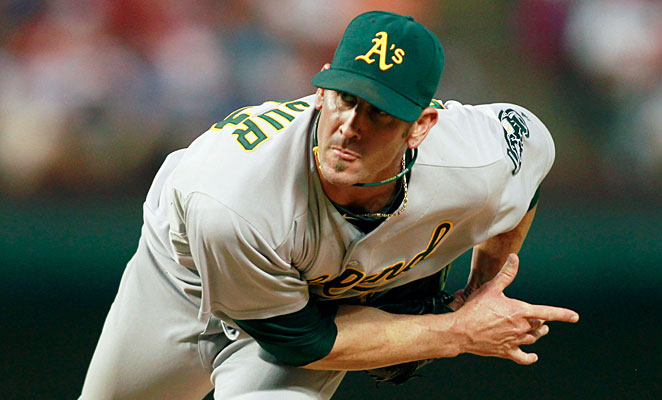 No sooner than Grant Balfour signed with the Rays came a flurry of reports that the Mets offered the same or more money to the reliever, but he preferred to pitch near his home in Florida. The Mets are denying all if it.

But the Mets say it is not true. Mike Puma of the New York Post tweeted that a Mets official “denies the team offered Grant Balfour more than the $12 million deal he received from Rays.” Note it says “more than” — in the Mets world of deceitful doublespeak, it could mean they offered exactly $12 million or less, but they do not want to admit that they, a team in New York, lost a player to crummy Tampa.

Puma went on to tweet that the Mets admitted to having “dialogue” with Balfour agent, “but would have needed to be ‘real creative’ to land him.”

Whatever the truth, it appears that the Mets did have some interest in Grant Balfour. And I find that curious. First of all, the Mets payroll seems to be at its peak. Perhaps Sandy Alderson is confident of trading Ike Davis and/or someone else to make room. Or maybe Alderson has more flexibility than he is letting on.

I also find it strange that the Mets would pay so much money for a reliever, especially when Bobby Parnell is supposed to be the closer. Perhaps that means they do not think he will be fully recovered from his neck surgery. Or maybe they just do not have faith in Parnell’s ability to close. If they do, why would they spend $6 million per season on an eighth inning guy?

It is also interesting because the Mets did not want to give LaTroy Hawkins $2.5 million to come back in 2014, yet they were willing to give Balfour $12 million for two seasons. Balfour is five years younger than Hawkins, but is he really $10 million better?

I think the $6 million could be better spent than on one reliever, such as for a new first baseman or putting the money towards Stephen Drew (not that he is a game changer, but he is far better than Ruben Tejada).

But such is the life of a Mets fan, watching a general manager who does not seem to have a cohesive plan.

5 thoughts on “Did Mets Make Offer to Grant Balfour?”