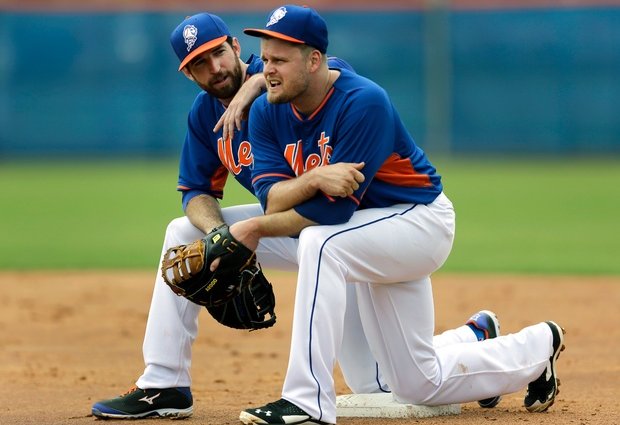 File this under “extreme bad planning” — both Ike Davis and Lucas Duda will make the Mets 25-man roster that will go North.

“I would say right now that I expect both of them to be on the team,” Sandy Alderson confirmed on Tuesday.

Not to be a wise guy, but who’s on first?

“As to who is going to be playing first base, I couldn’t tell you at this point because we haven’t decided,” the decisive Alderson declared.

So if you’re keeping track, the Mets now have redundant players on the roster — two struggling, allegedly power-hitting left-handed first basemen who are much more likely to strike out than get a hit and who both dealt with leg injuries all spring.

This disaster (because that’s what this is) falls directly onto Alderson. He absolutely needed to get rid of at least one of them this winter, but Alderson apparently was holding out for a top prospect in return. That was a pipe dream that of course never came true.

I think Alderson was afraid that the one he gave away would have a tremendous season and make Alderson look like a fool. Instead, he held onto both of them. How does he look now?

Reports: Lucas Duda to be Starting 1B