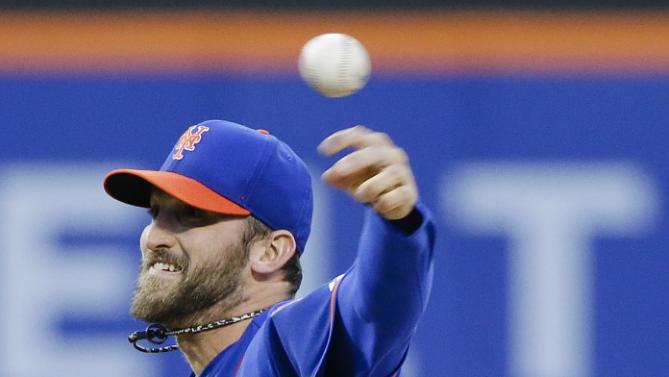 So I’m back. I really didn’t miss anything except most of an 11-game winning streak. But I returned home in time to see the Mets get shut out by the Nationals Saturday night.

It looked like the Mets would take an early lead in the first, but Juan Lagares was gunned down at the plate trying to score on a Lucas Duda double. It was probably not a good idea to challenge Jayson Werth’s arm in left. Duda would move to third on a wild pitch, but Daniel Murphy grounded out to end the inning.

The Nationals followed with a run in the top of the second on three singles to take a 1-0 lead.

The Mets managed to get runners to first and third with two outs in the fifth but Duda grounded out.

Jonathon Niese was excellent, allowing just the one run in seven innings. But Gio Gonzalez was even better, blanking the Mets in his seven innings.

The Nats bullpen hung on and the Mets were 1-0 losers.