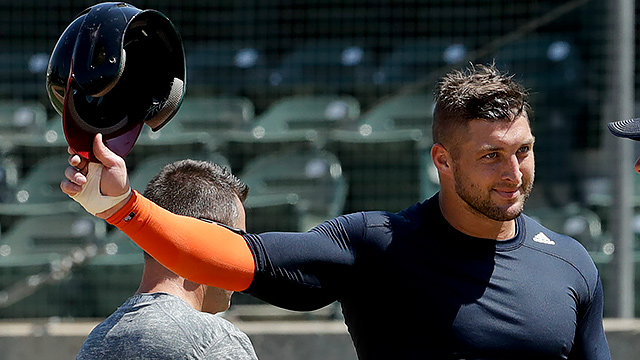 The Mets have signed Tim Tebow to a minor league deal and will assign him to their instructional league team in Port St. Lucie. Well, that came out of nowhere!

Some may see this is a publicity stunt, but the Mets really are not that type of organization. Sandy Alderson must really see something in Tebow.

I am happy with this signing. So many smug writers and former baseball people dismissed Tim Tebow’s chances before even seeing him swing a bat, such as this exchange I had on Twitter with former Mets GM Jim Duquette.

Of course, Tim Tebow is still a long way from donning the blue and orange and taking the field in Flushing. He has plenty of work to do, But he is an elite athlete and he has just as good a chance as anyone else toiling away in the minors. And it would be nice to see him prove all the naysayers wrong.