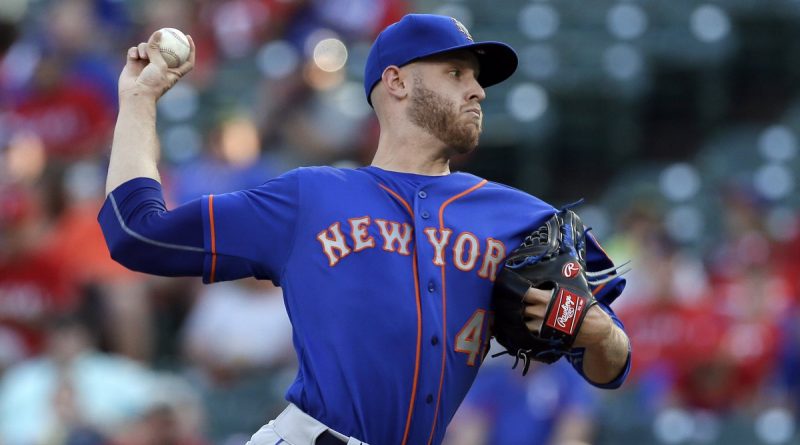 The Mets went up against Yu Darvish Wednesday night, and no surprise — he baffled the Mets. Only Jay Bruce was able to figure him out, and he did it in a big way as the Mets win in the ninth inning in Arlington.

Zack Wheeler loaded the bases with no outs in the first, and it looked like it was going to be one of those nights. But he was able to escape the jam by allowing just one run to the Rangers.

Bruce took care of that with a two-run homer in the fourth and a solo shot in the sixth as the Mets built a 3-1 lead. In fact, Darvish only allowed just two hits through seven innings, both of them the homers by Bruce. Juan Lagares singled in the eighth to knock Darvish out of the game.

Meantime, Wheeler threw his best game of the seasons, allowing one run on five hits in seven innings. With Noah Syndergaard gone, Jacob deGrom having recent problems and Matt Harvey with his season-long issues, Wheeler is emerging as the most reliable starter in the rotation, if not the ace.

The game was then in the hands of the Mets bullpen; not a promising place. This time is was the usually dependable Jerry Blevins allowing a two-run homer to Robinson Chirinos to tie the game at three in the eighth.

Lucas Duda doubled with one out in the ninth. Matt Reynolds pinch ran for him. Curtis Granderson walked with two outs. Jose Reyes then hit a ball to deep second. Rougned Odor threw it to second for the force, but the throw was low and Elvis Andrus could not handle it. Reynolds scored on the throwing error to make it 4-3. Travis d’Arnaud walked to load the bases. Lagares struck out to end the inning.

Addison Reed came on for the save in the bottom of the ninth. He retired the side in order to nail down a much-needed 4-3 win.