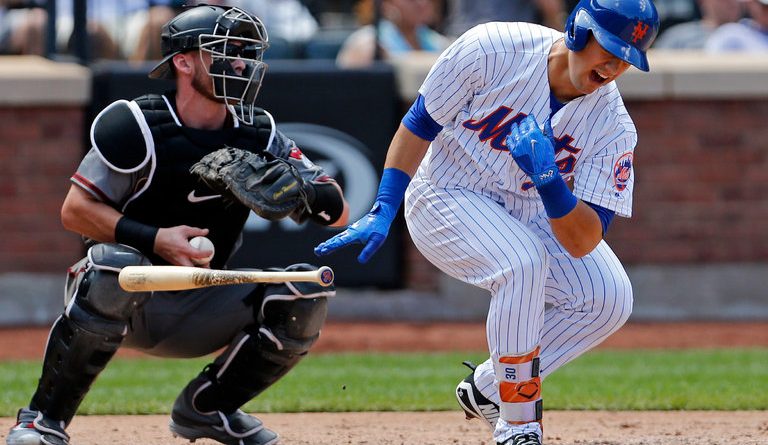 In a season filled with injuries, on Thursday the Mets saw the most bizarre and perhaps the most painful one — Michael Conforto dislocating his shoulder on a swing.

Conforto took the swing in the fifth inning of the Mets loss to the Diamondbacks and crumpled to the ground. He was helped off the field and taken away for an MRI.

It is not known if this will cost Conforto the rest of the season, but it would not be a shock if we didn’t see the Mets best hitter again in 2017.

Conforto managed to avoid the injury bug all season, but now he joins the ranks. The only regulars who have not been on the DL are Jay Bruce and Curtis Granderson, and they aren’t even on the team anymore!

The injury comes the same day the Mets announced Zack Wheeler would be shut down for the rest of the year and Steven Matz underwent successful season-ending elbow surgery.

What a year to forget for the Mets.

The Mets issued an update late Thursday night on Conforto: 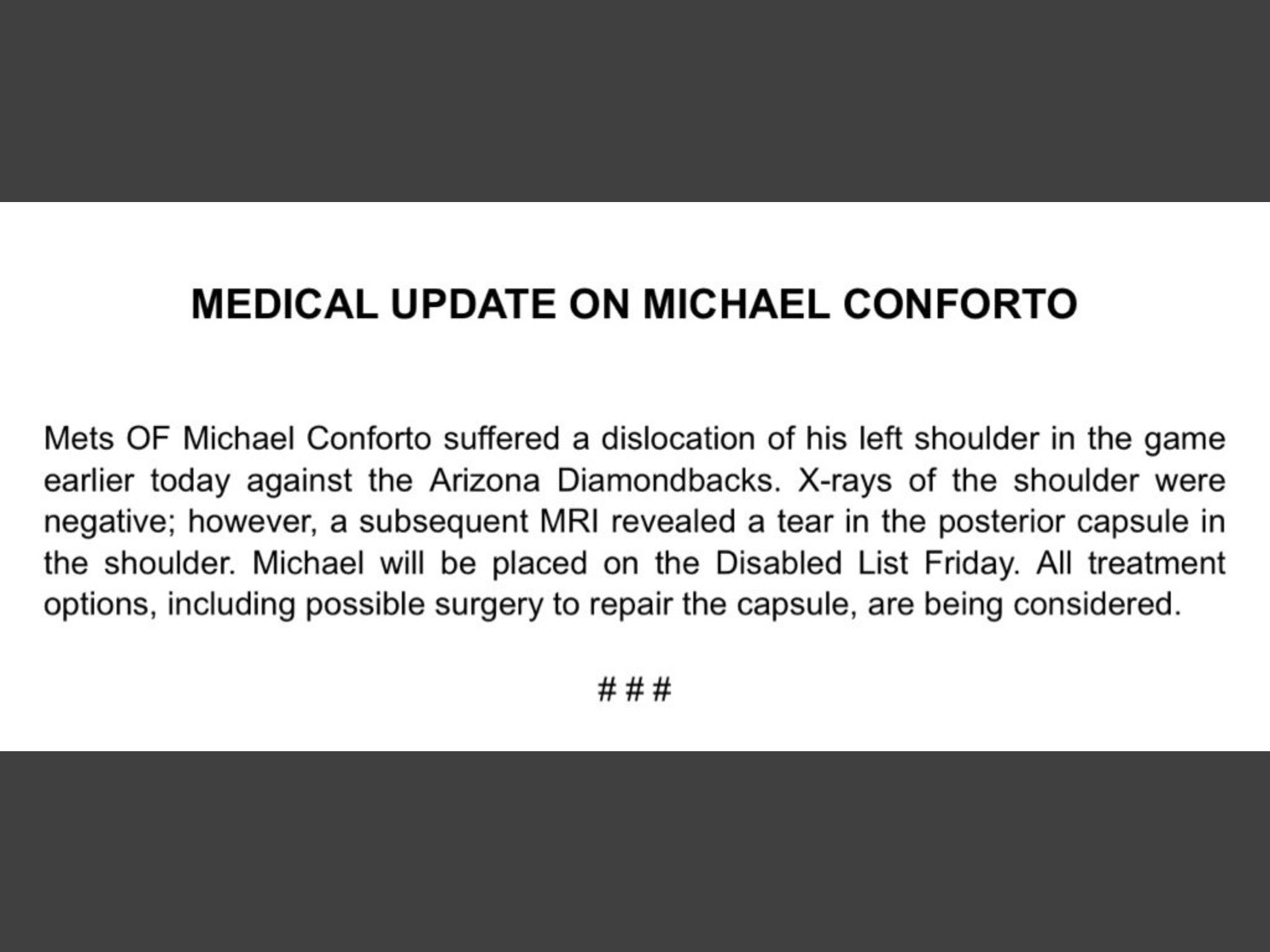 Michael Conforto to Have Shoulder Surgery