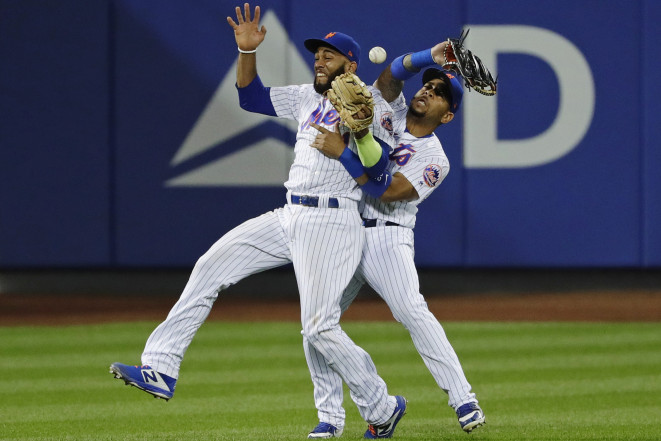 In an epic Mets moment out of the Luis Castillo files, Dominic Smith and Amed Rosario collide in shallow left field in the 13th inning of Monday night’s game against the Giants, allowing what would be the winning run to score.

Smith admits to calling for the ball late. But hell, the guy is a first baseman; he should not even be in the outfield. Just another chapter in the dysfunctional history of this franchise.

Watch it and weep: