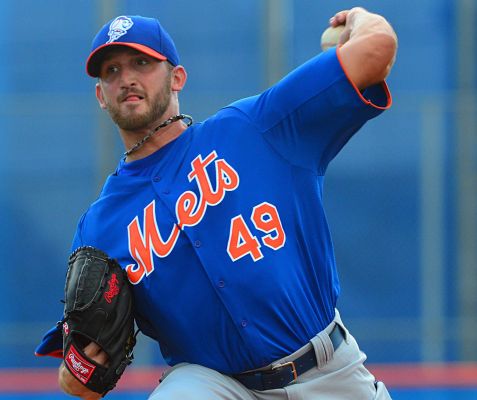 The Mets haven’t even played an exhibition game and there is already bad news — Jonathon Niese is headed to New York for an MRI on his shoulder.

Niese and the Mets are downplaying this, of course. According to tweets Wednesday from beat reporters (via Mets Blog), Terry Collins said Niese described it as a “dead arm.” Collins also said it is in a different part of the shoulder than the partially torn rotator cuff he suffered last season.

In comparing the two situation, Jonathon Niese said, “Last year when there was pain, it was difficult to do everyday things such as turn a steering wheel or put on a belt. There’s no pain with any of that now, so I don’t foresee it being serious at all.”

Let’s hope Dr. Niese is right. But it is a bit disturbing to have a “dead arm” a week into Spring Training. Jonathon Niese is supposed to be the Opening Day pitcher, a start we all pray he can make.