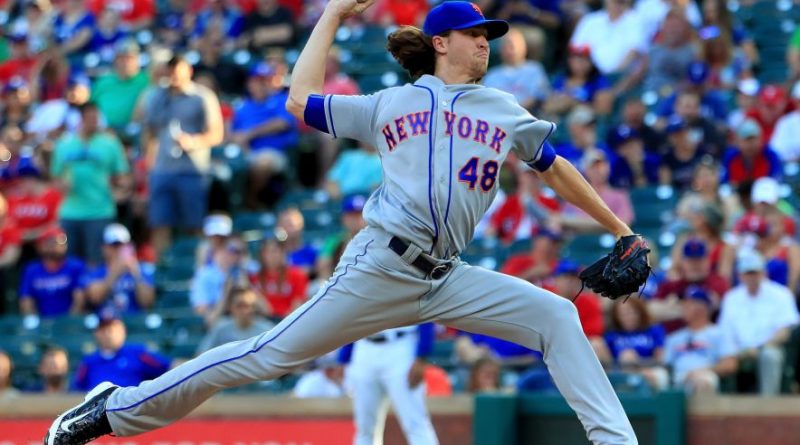 The once-proud Daily News is reporting Thursday morning that Jacob deGrom will miss four starts because of that hyperextended elbow. That’s not too terrible.

The report says an MRI showed no ligament damage in the elbow, which deGrom hurt during an at bat. He reported the pain to the team, yet Mickey Callaway sent him out to pitch anyway. Probably not the smartest thing to do.

So this is not the worst news, although I wonder how the team knows it will just be four starts. Given the nature of injuries and the Mets less-than stellar history of diagnosing them, I would expect it to be a few more than four. But maybe I’m just a jaded Mets fan. Are there any who are not?

What a shock — the Daily News was wrong. Here is a statement the Mets released on Twitter:

Mets Can Blame Injuries, But Only to a Point