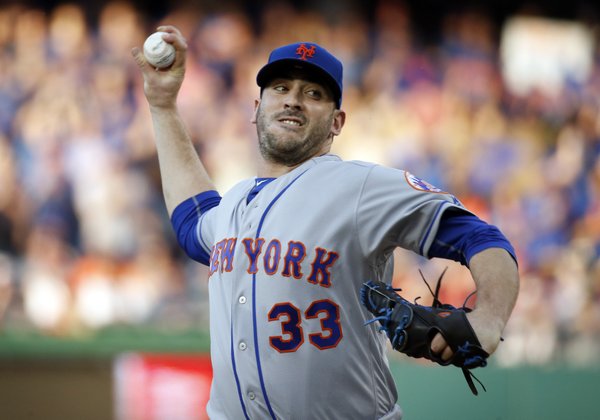 The Matt Harvey Problem continued Tuesday night, getting shelled by the Nationals for a second straight start.

The Mets actually had a lead in the game — Asdrubal Cabrera hit a solo home run in the fourth for the game’s first run.

However, the Nationals answered back in the bottom of the inning with back-to-back homers by Ryan Zimmerman and Anthony Rendon to take a 2-1 lead.

Then came the fifth. A double, single and sacrifice fly made it 3-1. Then Daniel Murphy connected with an upper deck homer to right to make it 5-1.

Matt Harvey was done after the inning. He allowed five runs on eight hits, with two walks and just one strikeout. Harvey’s record is now 3-7 with an unsightly 6.08 ERA.

The Mets scored a run in the seventh, but they could have had more. Yoenis Cespedes led off with a double and moved to third on a Neil Walker single. Eric Campbell hit a fielder’s choice to score Cespedes to make it 5-2. Kevin Plawecki walked to move Campbell to second. But Ty Kelly, making his major league debut, struck out for the third consecutive time against Stephen Strasburg, and pinch hitter Juan Lagares struck out against reliever Felipo Rivero.

Ben Revere added a solo homer in the seventh against Antonio Bastardo to extend the lead to 6-2.

Wilson Ramos hit the Nats’ fifth home run on the night, off of Jim Henderson, in the eighth to make it 7-2.

Campbell connected on a two-run homer in the ninth to cut the lead to 7-4. But it was too little, too late.

That was the final score. The Mets and Nationals play the rubber game in a Wednesday matinee.