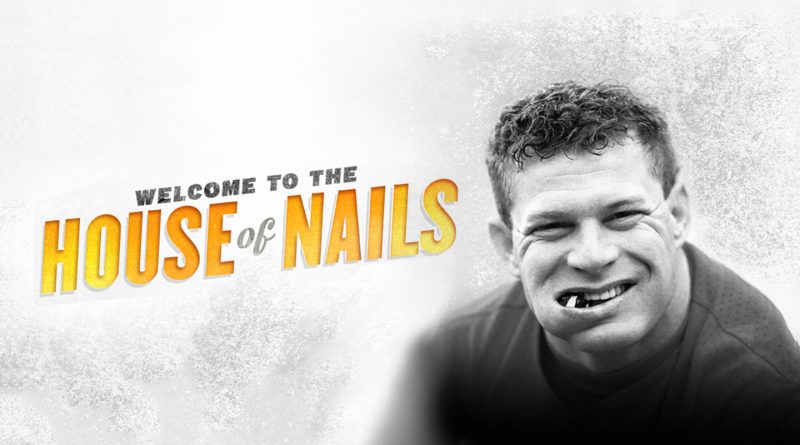 Lenny Dykstra is not a nice guy. He knows it, even basks in it, and he does not care if you know it, too. That’s what makes his new memoir “House of Nails: A Memoir of Life on the Edge,” as Stephen King aptly puts it on the cover of the book, “One of the best sports autobiographies I’ve ever read.” It is a brutally honest take on a life lived to excess.

He pulls no punches on his quest to be best baseball player he could be, or on his lust for drugs and women and money. He does not try to paint himself as a saint, as many autobiographies do, because he is simply not one. However, his honesty seems to run out when it comes to his legal issues. Or maybe that’s just denial.

Dykstra begins his life story by telling us he grew up in “the middle” — middle child, middle class. And he vowed to escape this average existence, and baseball was his way out. He also knew baseball was his road to riches, and that’s what his life is truly about.

Money is clearly Dykstra’s driving force. He mentions money on virtually every page of this riveting book. It is why he took steroids, writing that when he met with a doctor for a prescription, he told him:

“My life is on the line… This next year is going to determine whether I’m going to be a millionaire, or whether I’ll have to get a real job.”

Dykstra said the steroids “worked” and he signed a $30 million contract after the season.

Is this something I’m proud to say I did? No. But purely and simply, I did it for my family, and to be able to provide for them.

Dykstra obviously writes about his time with the Mets, and his greatest triumph, the 1986 World Series championship. Fortunately, he does not go into too much detail about the games themselves. That has been written about ad nauseam, and this is a book about him, not the legendary Mets team.

He is generally positive about his teammates, although he did say that “talking to George Foster was like attempting to hold a conversation with a piece of furniture.” He became unlikely friends with Kevin McReynolds, of all teammates. Could two people be more different?

He saved his venom for manager Davey Johnson, calling him an “overrated and underachieving manager,” and saying Johnson was to blame for losing the 1988 NLCS to the Dodgers. Dykstra also claims Johnson was drunk pretty much all the time (Johnson has since denied the accusation). He was angry that Johnson platooned him, that he did not think Dykstra’s body could hold up over the course of a 162-game season.

Dykstra “hated to admit” Johnson was right, when he tired late in his first season as a full-timer with the Phillies. In addition to the money, it was a factor in Dykstra’s decision to take steroids.

Lenny Dykstra cops to what appears to be pretty heavy cocaine use, even allegedly snorting with Robert De Niro after running into him in St. Barts (De Niro had a one word comment on the tale — “Bulls**t”).

He is also honest about cheating on his wife throughout their marriage. He even seems to brag about it. However, Dykstra never calls it cheating and seems to show no remorse. His wife divorced him at some point, although Dykstra never tells us when that happened; suddenly in the book, she is referred to as “my ex-wife.”

The lack of overall remorse is evident towards the end, when he talks about the money problems that eventually sent him to prison. To hear Dykstra tell it, he did nothing wrong, that he was a victim of a vindictive government. There is of course a chance that is true, but the fact remains that Dykstra pleaded no contest to grand theft auto charges, and in a separate case that Dykstra does not even address in the book, pleaded guilty to bankruptcy fraud. He conveniently omits that he made these pleas. Dykstra admits to flaws and says “I would like to believe I am taking ownership of my misdeeds.” But by refusing to admit his possible (probable?) guilt, especially after taking a plea, he is not truly doing that.

While there really is no redemption in the book, there is some introspection, likely the first time the 53-year-old now-grandfather has done that in his life.

Regardless of what you think about Lenny Dykstra as a person, “House of Nails” is simply an excellent, readable book that is destined for the best sellers list. It should make Dykstra a pretty penny, which is probably the reason he wrote it in the first place.

THE Review: “The Fight of Their Lives”

THE Review: “Down on the Korner”

THE Review: “Bottom of the Ninth”

One thought on “THE Review: Lenny Dykstra’s “House of Nails””