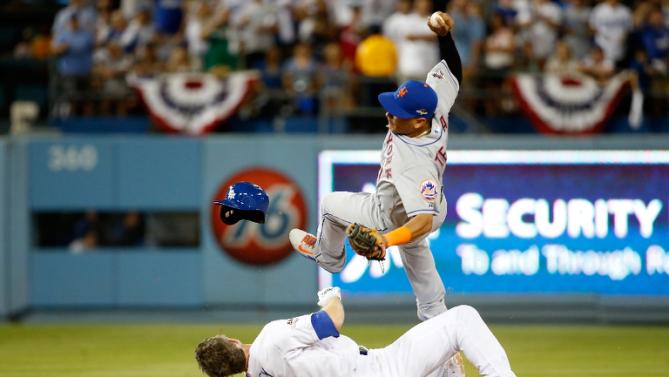 “After thoroughly reviewing the play from all conceivable angles, I have concluded that Mr. Utley’s action warrants discipline. While I sincerely believe that Mr. Utley had no intention of injuring Ruben Tejada, and was attempting to help his Club in a critical situation, I believe his slide was in violation of Official Baseball Rule 5.09 (a) (13), which is designed to protect fielders from precisely this type of rolling block that occurs away from the base.”

The Mets agree with the move, saying in a statement of their own:

“The New York Mets completely support the decision made by Major League Baseball to suspend Chase Utley for two games and feel this was the appropriate course of action. With this decision behind us, the team and our fans can now focus on playing winning baseball.”

Utley will reportedly appeal the suspension, and MLB will try to expedite it so a decision can be made before Monday night’s Game 3 of the NLDS at Citi Field.

Terry Collins: “It was My Fault”