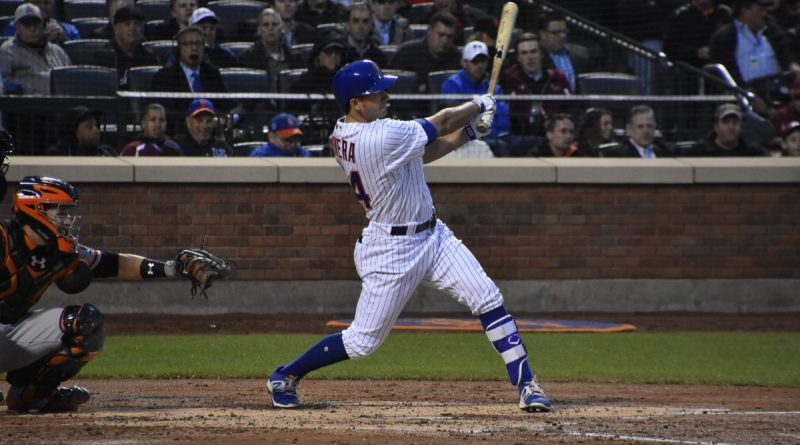 The Mets made it two in a row over the Giants with an easy victory Tuesday at Citi Field on “Matt Harvey Returns From His Suspension” night.

As has been their habit recently, the Mets scored in the first inning, this time in a big way. With two on, Neil Walker tripled to left; fill-in left fielder Eduardo Nunes tried to make a shoestring catch and it got by him. It plated both runs. Walker scored on a Jose Reyes single, and Reyes scored when Rene Rivera doubled and the Mets had a 4-0 lead,

In the second, Michael Conforto and T.J. Rivera each doubled to score another run.

Buster Posey hit a solo homer off of Zack Wheeler in the fourth to get the Giants on the board.

It was the only blemish for Wheeler over his six innings. He allowed just two hits and struck out four. He did walk four batters, though.

Conforto homered to lead off the seventh to extend the Mets lead to 6-1. he now has eight home runs on the season.