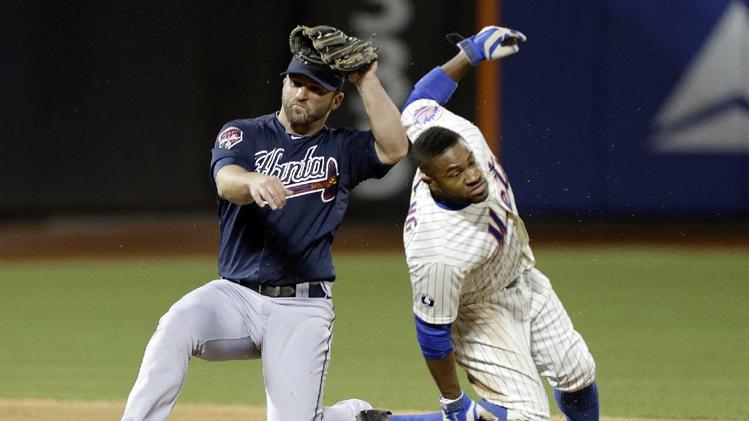 Eric Young is an enigma. On one hand, he is a speedy spark plug for a team that so desperately needs one. On the other hand, he is a strikeout machine. The two usually do not go together, which is why he is so puzzling.

It seems like Young has led off every game for the past two weeks by getting on base and coming around to score, often manufacturing the run on his own; stolen base, move to third on an out, score on a sacrifice fly. But later in games he seems to strike out when a hit is so badly needed.

The numbers on Eric Young do not make solving his riddle any easier. Going into Monday’s games he is tied for the National League lead in stolen bases with 10. He is tied for second in runs with 15 and tied for seventh in walks with 11. But he is also tied for seventh in strikeouts with 23 and is batting just .215, among the bottom 20 for qualified players (by the way, Curtis Granderson is dead last at .127). Young’s on-base percentage is .342, which is good but not great; it puts him in the middle of the pack in the league.

So just who is Eric Young, and does he deserve to be a starter for the Mets?

Many people were down on Young this winter, saying he is nothing better than a fourth outfielder and backup second baseman. The negative side of his stats seem to back that up.

But for a team without a true leadoff hitter, his positive numbers are exactly what the Mets need. But does the bad outweigh the good? Ah, the eternal question.

It will be interesting to see what happens when Juana Lagares comes back next week. Lagares has to be in the lineup — he was the only reliable hitter when he went down, and he is already in the discussion for the Gold Glove in center field. Terry Collins has said he will try to find at bats for everyone, but at some point he has to just name his starters and go with them. We all saw how the first base drama played out.

Eric Young will likely get his fair share of at bats. But will it be too many, or too few? Enigmas are very frustrating.

3 thoughts on “The Enigma that is Eric Young”