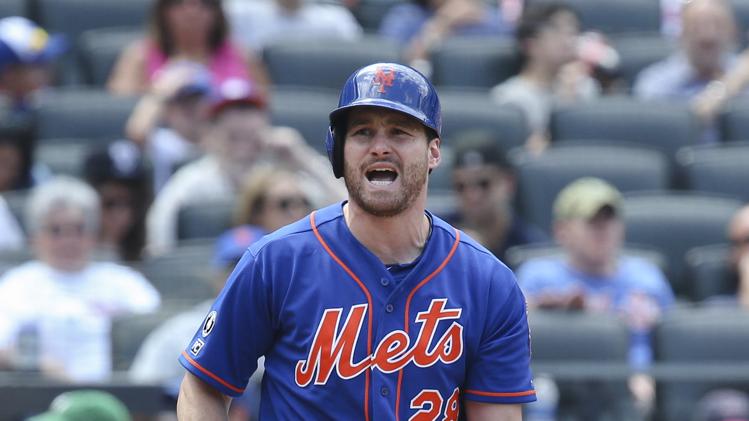 Now that Daniel Murphy and has joined David Wright and Dilson Herrera on the disabled list, the Mets infield is officially in tatters, if it wasn’t already.

In Friday night’s loss to the Diamondbacks, Lucas Duda was at his usual perch at first, Ruben Tejada manned second, Wilmer Flores was at short and Eric Campbell was on third. That is not a combination that will get a team to the post season.

Campbell is simply not a starter; at best he is a bench player, if not a Quadruple-A guy in the mold of recently departed Kirk Nieuwenhuis. Tejada is on something of a hot streak, but history has shown he will not sustain it. He has no business starting for the Mets.

Murphy’s “replacement,” Danny Muno, is not an answer. Matt Reynolds could be, but Sandy Alderson does not want to put him on the 40-man roster to promote him. Which leaves a trade as the only possible solution.

Do not expect a major splash; Alderson has dreams of a Matt Harvey, Zack Wheeler, Jacob deGrom, Noah Syndergaard and Steven Matz rotation in 2016 (which would indeed be interesting to watch). Alderson hopes this will be his legacy. He is not about to mess with it. The point being, without any of those pitchers included in a deal, an impact bat will not be had.

We’ve heard in recent days of the Mets interest in Ben Zobrist. Why, exactly? Thus far this season he is hitting a robust .214 with two homers. He’s also missed some time with a knee injury. Zobrist is 34; he’s been in decline for a few years now. He is not going to get any better.

The only way I would trade for Zobrist is to get rid of Jonathon Niese. Aside from opening up an immediate slot for Matz, which would make the Mets a better team, it would clear Niese’s $9 million 2016 salary. I would hate to give away Niese for next to nothing, but he is barely necessary this season, and next year there is no place for him. That money can be better spent elsewhere.

Zobrist will not solve the Mets infield problems. That will only happen if/when the infield gets healthy. And with the Mets, you just never know when that will happen.

Mets Should Not Re-Sign Daniel Murphy