I will start this off my saying I am usually wrong when I make predictions. I thought George W. Bush would lose. Twice. I predicted that CC Sabathia would win the Cy Young easily. I picked Dewey over Truman. So take it with a grain of salt when I say I think Chip Hale will be the next manager of the New York Mets. 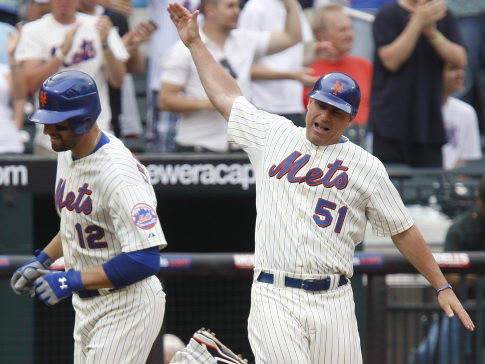 As I asked in my last column, why is Sandy Alderson wasting his time with second interviews with Hale and Wally Backman if he is insisting that the new manager have prior experience? I think it’s because while Alderson would ideally like that, he is underwhelmed by Bob Melvin and Terry Collins, as virtually every Mets fan is.

Interviewing Backman could be out of respect for one of the team’s minor league managers who is also the favorite of many of the fans. But Chip Hale? Yes, he is also an employee, but the public is not clamoring for him. If Hale did not get a second interview, Mets fans would not have minded. They would have gone ballistic if Backman didn’t get one. There really is no reason for Hale to still be involved in the process if he is not a very serious candidate for the job.

Reports say Alderson was impressed by Hale, and I think he will make a bold move and pick him. Why Hale over Backman? Well, Alderson is the kind of guy who makes safe choices. The safe choice, of course, would be Melvin or Collins. But if he’s going to take a risk, I think he will take a safe risk (if there even is such a thing), and pick Hale. Backman is still a bit of a wild card; Hale was with the major league team last season and is probably more predictable than Backman.

So there you have it. I have made my prediction. I will likely be wrong, but if not, make sure you remember where you read it first.